Deacons likewise must be dignified, not double-tongued, not addicted to much wine, not greedy for dishonest gain. They must hold the mystery of the faith with a clear conscience. And let them also be tested first; then let them serve as deacons if they prove themselves blameless. Their wives likewise must be dignified, not slanderers, but sober-minded, faithful in all things. Let deacons each be the husband of one wife, managing their children and their own households well. For those who serve well as deacons gain a good standing for themselves and also great confidence in the faith that is in Christ Jesus. (1 Timothy 3:8-13)

Greg grew up in Oklahoma City and went to college at Oklahoma State University, where he got involved in Reformed University Fellowship and met his wife, Caity. Through RUF and Grace PCA in Stillwater, Greg grew in his love for and desire to serve the local church. Upon graduating from OSU in 2014, the Roberts made Tulsa their home and later welcomed their son, Cal, in 2018. Although Greg makes a living as an account manager, his passions lie in spending time with his family, hunting, and studying wildlife conservation and management. 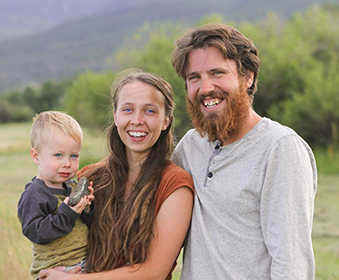 I was born in Georgia and raised on the east coast with my nine siblings. When I turned thirteen, we moved as a family to the mission field in Zambia Africa. I stayed in Africa for four years until I graduated high school and moved back to the states on my own to attend Sangre De Cristo Seminary in Colorado. I graduated Sangre De Cristo Seminary with a new appreciation for pastoral ministries but knew that I felt my calling to be a missionary to the workforce. Since finishing seminary, I have been in full-time construction for four years. I met my wife while in seminary, and we married the day after graduation. We now have a two-year-old boy who loves chainsaws and everything his dad does. We are excited to serve Christ’s church with our brothers and sisters in Christ.

Blayne grew up in the Grand Lake area of Oklahoma. He is married to Casey, and they have two children: Rylie and Eli. Blayne has been attending Trinity for seven years and enjoys serving the church. He is a graduate of Oklahoma State University and works as an electrical engineer in Claremore. Blayne also enjoys spending time with his family, outdoor activities, rock climbing, and board games. 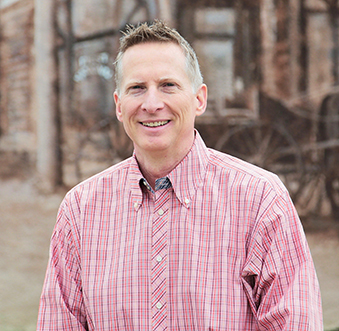 Harlan grew up on the farm in rural Minnesota and it shows. Harlan moved to Oklahoma and the PCA in 1983 and has stayed ever since. Although he works for IBM as an accountant his passion is to serve the church and others through acts of mercy. Harlan married Christy in 1984 and they have three adult children who you may see around Trinity. The Van Wyhe's live on 10 acres south of Owasso and love to host parties, community groups, festivals, bonfires, and pool parties.