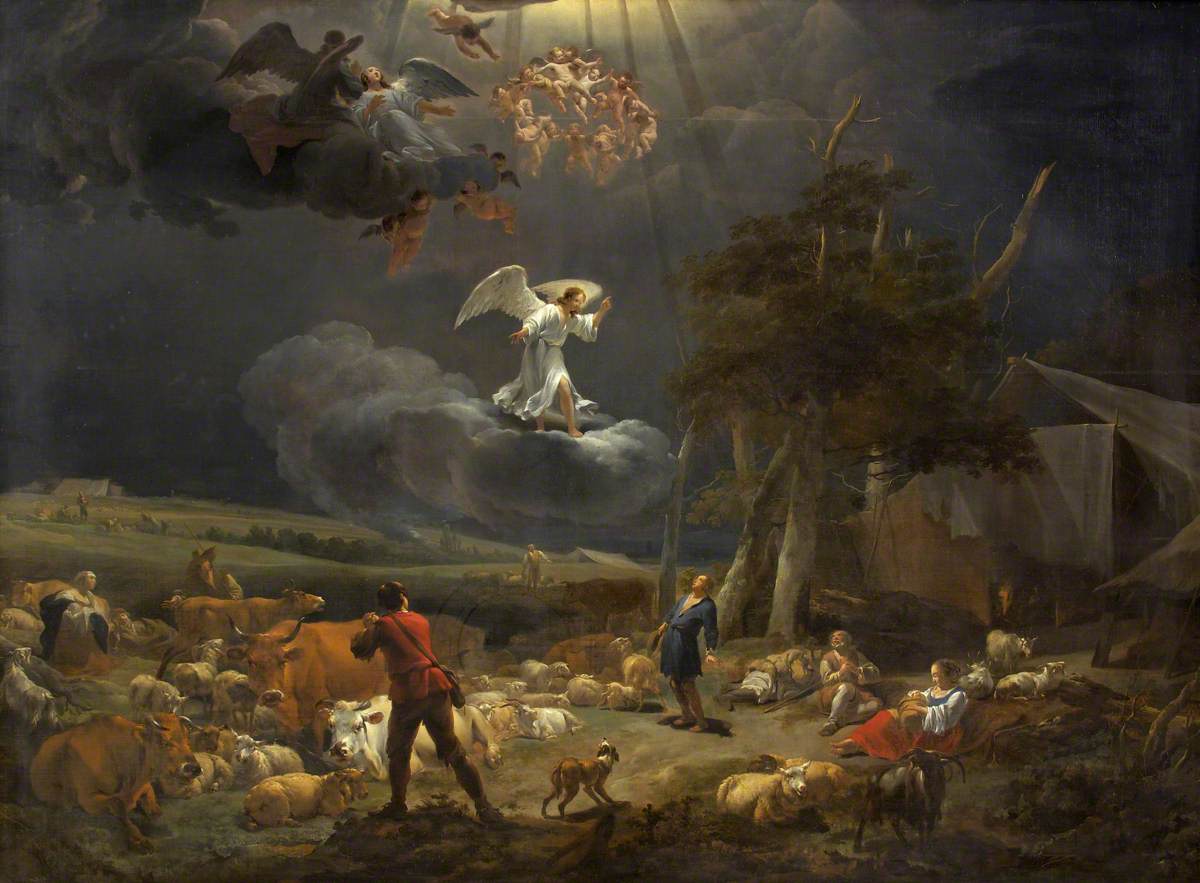 There is a lot of speculation about angels in modern culture.  Christmas is a good time to reflect on their role in God's Kingdom.

While there are a lot of references to them (more on on that below), no section of Scripture treats them in detail.  Still there are enough incidental details to furnish us with lots of intel on them.

The term “angel” shows us 203 times in the Bible.  The Greek word angelos sometimes refers to human messengers.  For example, this is probably what’s happening in Revelation 2 where the angels to the seven churches is probably a reference to their pastors.  But I’ll stick to the non-human kind.

Sixth, they are not to be worshipped. Angels are so great in number and so powerful that human beings are sometimes tempted to worship them (Col. 2:18; Rev. 19:10).  .  John fell down to worship at an angels feet but the angel rebuked him.  So, artists have often pictured angels as superior to men, flying in the clouds, but Scripture teaches us that their superiority over us is only temporary.  Human beings, not angels are made in then image of God (Gen 1).  And the world to come belongs to men and not to angels. “What is man that you are mindful of him, or the son of man, that you care for him?  You made him for a little while lower than the angels; you have crowned him with glory and honor, putting everything in subjection under his feet” (Heb 2:5-6).  Through the work of Jesus we will actually rise above the angels.  1 Corinthians 6:3 Paul says without explanation, “Do you not know that we are to judge angels?”

Ephesians 3:10 and 1 Peter 1:12 presents angels as spectators to the drama of human salvation.  Amazingly, it is we, the church, who teach angels.   [8] To me, though I am the very least of all the saints, this grace was given, to preach to the Gentiles the unsearchable riches of Christ, [9] and to bring to light for everyone what is the plan of the mystery hidden for ages in God, who created all things, [10] so that through the church the manifold wisdom of God might now be made known to the rulers and authorities in the heavenly places.

The longing of Angels includes a holy curiosity to watch and delight in the glories of Christ’s kingdom as they find ever fuller realization in the lives of individual Christians throughout the history of the church (cf. Eph 3:8-10).

Angels wait for the redemption of the entire creation (Rom 8:19) and they rejoice over the sinner’s repentance (Lk 15:10) and join in the concert of praise at the consummation of redemption (Rev 5:11-14, 19ff).What the prophets prophesied and what the angels long for -- namely, the realization of salvation from God -- has become reality for any here who believe.

In summary, the angels are created intelligent beings who adore God through their callings as they bring God’s word, fight God’s battle, and minister to God’s people.

Reflections on Glory from the cutting-room floor, Luke 2:8-14

Social Distancing is one of the Ten Commandments

Invite Others to Good Friday and Easter

Preparations in light of Corona Virus/COVID-19

Why We Need to Rediscover a Moral Imagination

Providence, Purpose, & Purity of the Gospel of John

Thank You for Your Year-End Giving to Trinity

Dear Pastor, How Do We Agree on a Pledge Amount?

The Debate Over Lent

Common Question: Where is the last line of the Lord's Prayer?

Life of the Church

Learning to pray in a new way

Caring for the Poor

A New Friend of TRINITY