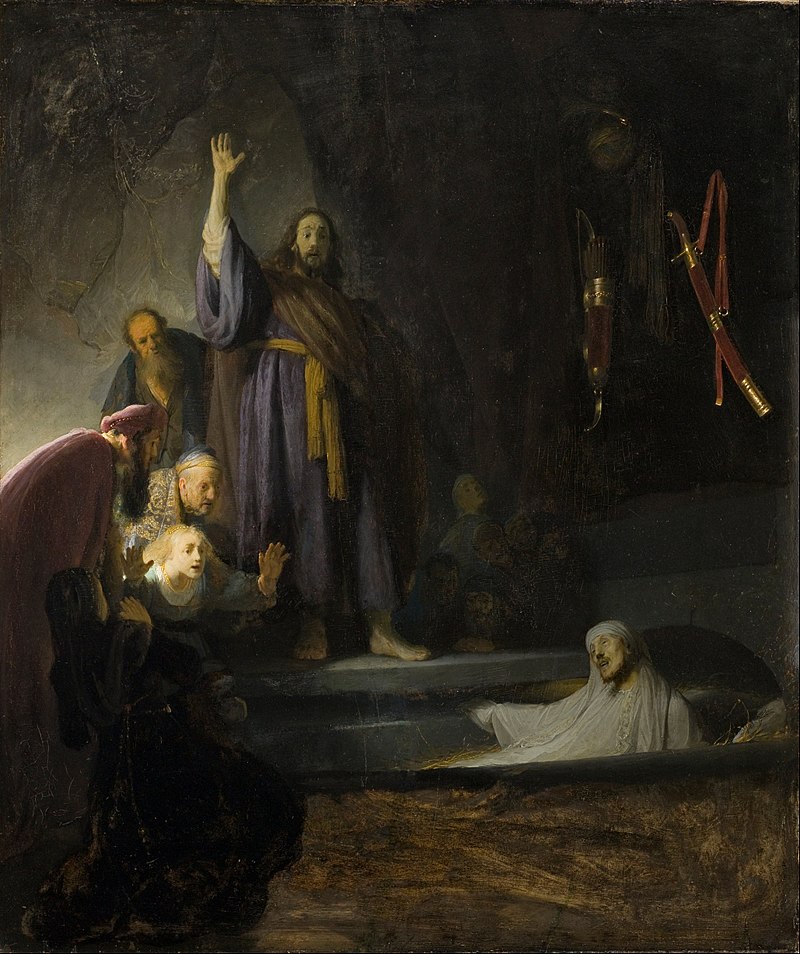 What do we do when Jesus let's bad things happen?  John 11:28-44
Rev. Scott Mitchell, Pastor of Community Formation

God intends to change you by His Word. How is He at work in you to do that?  Read the following passage and consider these questions.

[28] When she had said this, she went and called her sister Mary, saying in private, “The Teacher is here and is calling for you.” [29] And when she heard it, she rose quickly and went to him. [30] Now Jesus had not yet come into the village, but was still in the place where Martha had met him. [31] When the Jews who were with her in the house, consoling her, saw Mary rise quickly and go out, they followed her, supposing that she was going to the tomb to weep there. [32] Now when Mary came to where Jesus was and saw him, she fell at his feet, saying to him, “Lord, if you had been here, my brother would not have died.” [33] When Jesus saw her weeping, and the Jews who had come with her also weeping, he was deeply moved in his spirit and greatly troubled. [34] And he said, “Where have you laid him?” They said to him, “Lord, come and see.” [35] Jesus wept. [36] So the Jews said, “See how he loved him!” [37] But some of them said, “Could not he who opened the eyes of the blind man also have kept this man from dying?”

[38] Then Jesus, deeply moved again, came to the tomb. It was a cave, and a stone lay against it. [39] Jesus said, “Take away the stone.” Martha, the sister of the dead man, said to him, “Lord, by this time there will be an odor, for he has been dead four days.” [40] Jesus said to her, “Did I not tell you that if you believed you would see the glory of God?” [41] So they took away the stone. And Jesus lifted up his eyes and said, “Father, I thank you that you have heard me. [42] I knew that you always hear me, but I said this on account of the people standing around, that they may believe that you sent me.” [43] When he had said these things, he cried out with a loud voice, “Lazarus, come out.” [44] The man who had died came out, his hands and feet bound with linen strips, and his face wrapped with a cloth. Jesus said to them, “Unbind him, and let him go.”

Doctrine:  Resurrection: The impartation of new, eternal life to a dead person at the end of time (or in the case of Jesus, on the third day after his death). This new life is not a mere resuscitation of the body (as in the case of Lazarus; John 11:1–44), but a transformation of the body to an eternal state (1 Cor. 15:35–58). Both the righteous and the wicked will be resurrected, the former to eternal life and the latter to judgment (John 5:29).

Reflections on Glory from the cutting-room floor, Luke 2:8-14

Social Distancing is one of the Ten Commandments

Invite Others to Good Friday and Easter

Preparations in light of Corona Virus/COVID-19

Why We Need to Rediscover a Moral Imagination

Providence, Purpose, & Purity of the Gospel of John

Thank You for Your Year-End Giving to Trinity

Dear Pastor, How Do We Agree on a Pledge Amount?

The Debate Over Lent

Common Question: Where is the last line of the Lord's Prayer?

Life of the Church

Learning to pray in a new way

Caring for the Poor

A New Friend of TRINITY